The fuel flexibility and the ability to use conventional fuels is a huge advantage for the Special Power Sources design. And the trillions of dollars expected to be needed to convert to a “Hydrogen Economy” with special pipes, tanks and pumps would be completely unnecessary.

How Special Power Sources’s tubular SOFCs are made:

Just like corrugated cardboard is much stronger than the sheets of paper from which it is made, ceramic tubes are much stronger than ceramic plates. And the stronger ceramics used in Special Power Sources’s tubular SOFC provide more resistance to thermal gradients caused by load changes, making them easier to cycle up and down as power requirements vary.

How does the Special Power Sources SOFC generate electricity?

This Special Power Sources SOFC power generation process is analogous to a battery. The difference being that a battery’s reactants have a finite life. The battery has to be replaced or recharged. A solid oxide fuel cell will run indefinitely as long as fuel and air are supplied to the tubes. 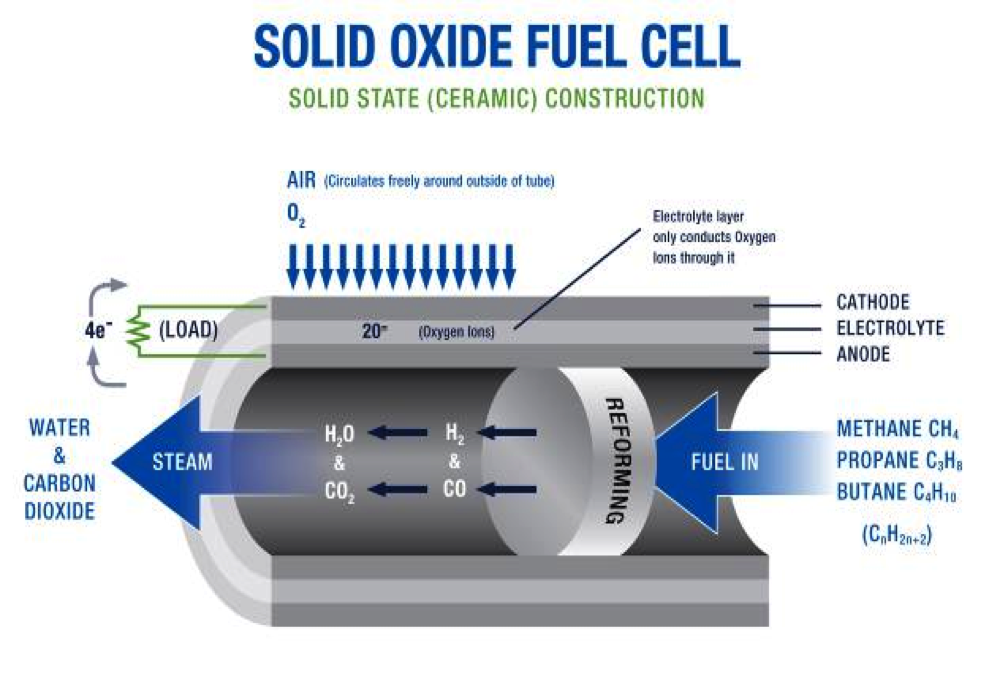 Special Power Sources assembles the tubes into a bundle or stack. This creates a fuel cell system that can currently handle loads from 100 watts up to 4.5kW. The net result is a highly efficient power generator that produces clean electricity more efficiently than other power generation technologies. Depending on the model, Special Power Sources’s Remote Power Generator can achieve as much as 35% fuel efficiency. Future models are being designed with fuel efficiencies over 55%.

The only by-products of the Special Power Sources SOFC design are water vapor, heat and low levels of carbon dioxide. Because operation is below the high temperature of internal combustion engines or turbines, fuel cells have nearly undetectable levels of nitrogen oxide (NOx). The desulfurizing fuel filters along with the high efficiency of Special Power Sources’s fuel cell reduces the sulfur oxide (SOx) emissions to negligible levels. Efficiency is further enhanced when the heat is recovered for heating, hot water and processing purposes.

Many fuel cell designs require a separate reforming process to reform the fuel in order to extract the hydrogen required by the fuel cell generation process. This requires an external reformer which adds bulk, increases costs and requires regular maintenance. With the Special Power Sources SOFC design, reforming of the fuel takes place inside the tubes using commercially available fuels with hydrogen-rich content, such as natural gas and propane. By combining a small amount of air with the fuel inside the tubes, along with the inherent temperature of the Special Power Sources SOFC process, the fuel is automatically reformed to produce the needed hydrogen as well as carbon. This eliminates the need for extra reforming equipment, saving users CAPEX, OPEX and floor space.  More complex fuels require a pre-processor to create smaller fragments that can be handled inside the tubes.

A PEM fuel cell requires high-purity hydrogen. To get high purity hydrogen requires the extraction and purification of hydrogen from other hydrocarbon fuels such as Natural Gas. This requires extra equipment and special distribution methods adding significant cost and inefficiency. With Special Power Sources’s SOFC design, commercial grade Natural Gas or Propane is used and the fuel cell will do the reforming internally. The fuel costs less, is readily available and is easily transportable. That adds up to big savings. 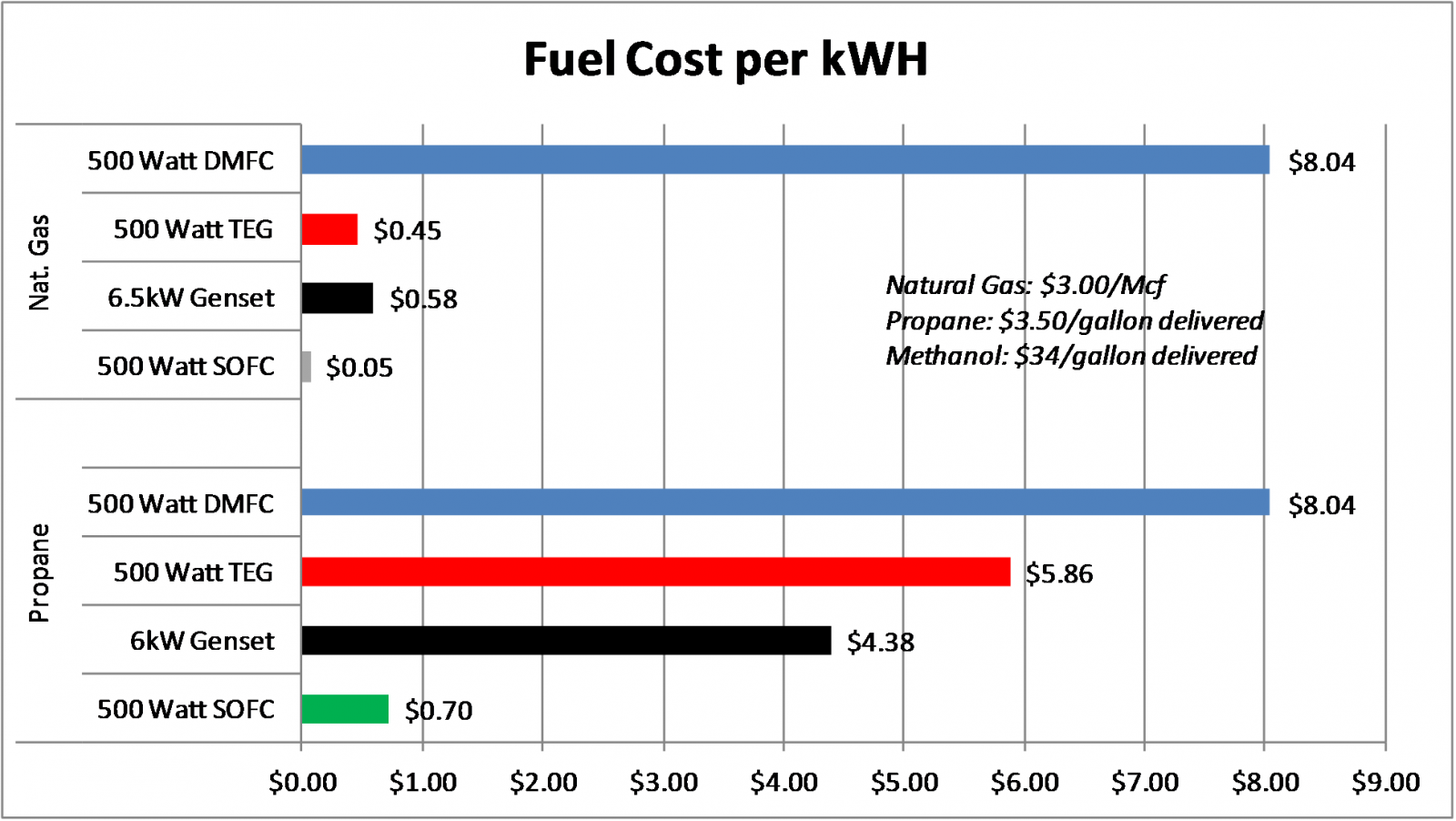 Another key design feature of the Special Power Sources SOFC design is the actual tubular shape of our fuel cell. The patented tubular design eliminates one of the biggest issues facing fuel cell technology – catastrophic damage due to temperature gradients. Temperature gradients occur during the normal thermal cycling that takes place during start-up, shut down and load changes. This cycling, over the lifetime of the unit, introduces stresses that could eventually manifest into cracks and ultimately failure.

The small radius geometry of Special Power Sources’s tubes, their inherent strength, the strong seal at one end and the operation under low pressure combine to minimize temperature gradients. This allows the tubes to easily tolerate thermal cycling. In addition, Special Power Sources’s tubular design is much more tolerant to the stresses from internal reforming. So the need for costly external reformers common with planar fuel cell systems is eliminated.

In fuel cells using planar ceramic plates there is an inherent weakness in the plates. They are fragile and hard to seal. Once assembled in stacks they require air and fuel to be supplied under high pressure. As a result, the plates can be prone to breaking under thermal stress.  Internal reforming of fuel is also destructive to planar or membrane fuel cells due to the temperature gradients resulting from the reforming process. This makes external reforming a necessity even for simple fuels, adding cost and complexity to the operation. It is also less efficient at reforming the fuel than the internal method used in Special Power Sources’s SOFC design. 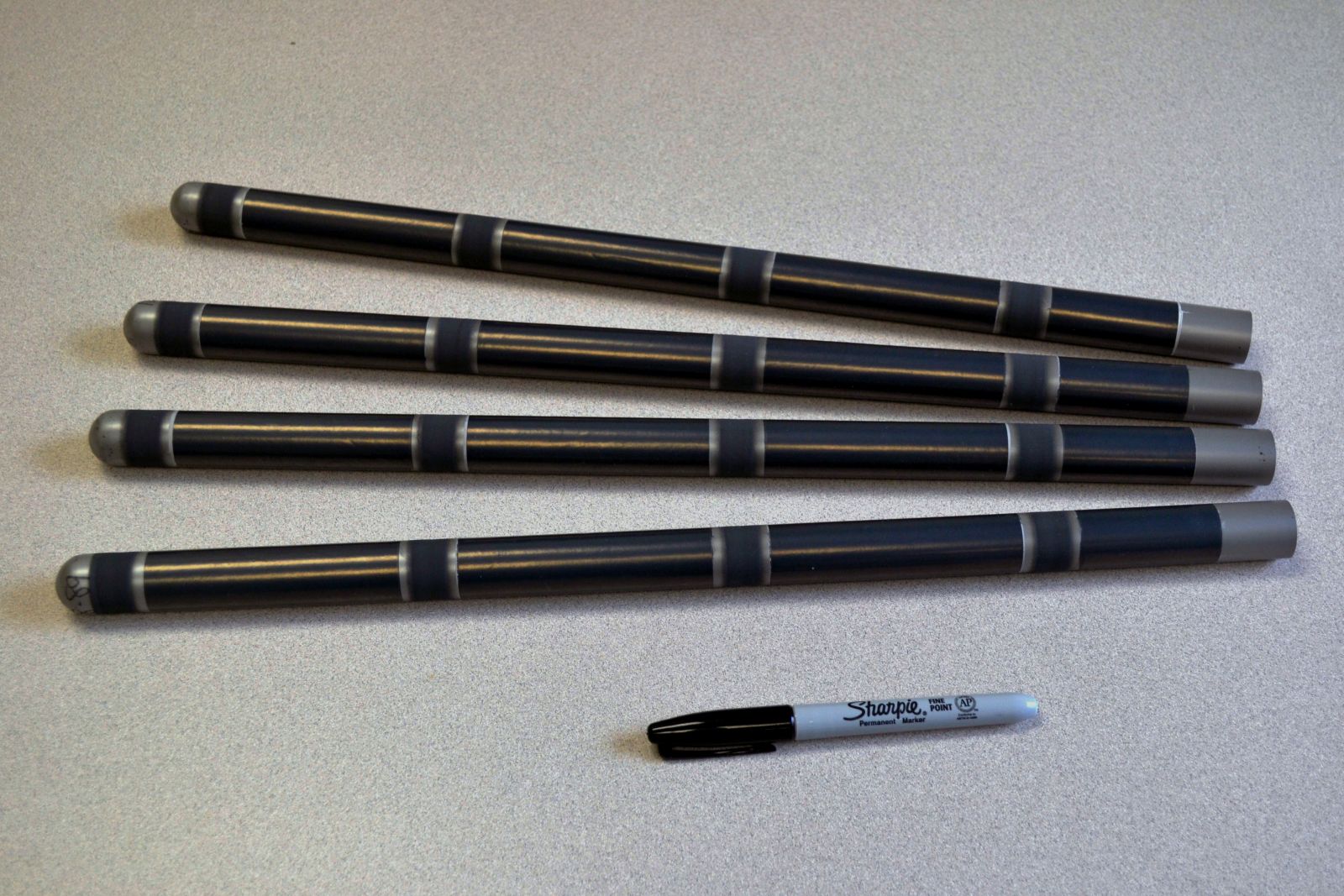 The operating principle of solid oxide fuel cell technology is based on the use of electro-ceramics. These are advanced materials that exhibit unique electrical properties. The ceramic material zirconia allows ions to be conducted quickly but is a poor conductor of electrons. The electrolyte layer separates the anode and cathode and promotes ion and charge transfer. At the same time it insulates the anode and the cathode. This zirconia material is also used to improve performance and reliability. Zirconia is more rugged than traditional molten salts or polymer membranes which can be severely impacted by temperature fluctuations caused by cycling or load changes. Special Power Sources’s electrolyte has a similar construction to oxygen sensors in automobiles that have performed reliably for decades. It’s also relatively inexpensive.

The Special Power Sources design is a solid state design with only three moving parts. There is one fan to move the ambient air within the enclosure and two blowers to move air into the anode and around the cathode.

The heart of the Special Power Sources SOFC is the Fuel Cell Bundle. This component is a consumable item similar to the ink cartridge in an ink jet printer. Special Power Sources’s design allows Bundle replacement to be a simple operation with minimal time required. An innovative part of this design is the scalability feature. The 1000 watt power generator can be converted to a 1500 watt power generator simply by changing out the Bundle. This gives users the flexibility to have their Special Power Sources Remote Power Generator output increased as their power needs grow.  In addition, larger units can be made using more tubes or longer tubes, providing an easy path to scale-up.

We can help you customize a generator solution that fits your remote power needs and your bottom line.